The Little Data Book on Gender 2019 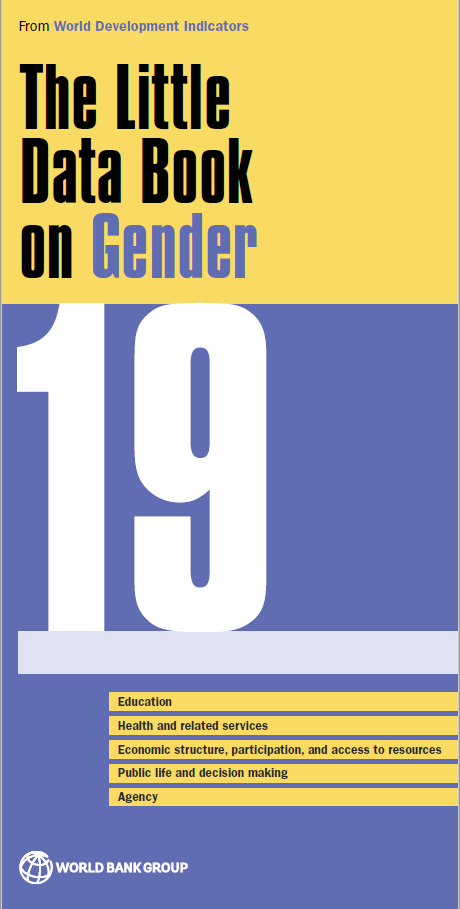 The Little Data Book on Gender 2019

The Little Data Book on Gender 2019 illustrates the progress towards gender equality for 217 economies around the world. It provides comparable statistics for women and men for the years 2000 and 2017 across a range of indicators covering education, health and related services, economic structure, participation and access to resources, public life and decision making, and agency, enabling readers to readily compare economies. This edition also features online country tables—to be updated quarterly—making it easier than ever to see how women and men are faring across a range of global indicators and to track progress over time. The data reveal remarkable progress in recent decades towards gender equality, notably in education and health. The most recent data show global primary school completion rates at 91 percent for boys and 90 percent for girls, with lower secondary completion rates at 76 percent for boys and 77 percent for girls. Gains, however, have been distributed unequally between richer and poorer countries. Gender gaps to the detriment of girls emerge in low-income countries, mostly in Sub-Saharan Africa, while in some Latin American countries, boys are less likely than girls to complete primary and secondary school. Both women’s and men’s lifespans have shown marked global improvements: for women, the increase was from 70 years in 2000 to 74 in 2017, compared to an increase from 66 to 70 years for men. In every country in the world, women outlive men. Increases in female life expectancy have been driven in part by a decline in the risk of mortality during childbirth. Globally, there were an estimated 303,000 maternal deaths in 2015, a decline of 31 percent from 2000. Nonetheless, maternal mortality remains high in Sub-Saharan Africa, where the rate stood at 547 per 100,000 live births in 2015.