Gender-Based Asylum Claims and Non-Refoulement: Articles 60 and 61 of the İstanbul Convention A collection of papers on the Council of Europe Convention on preventing and combating violence against women and domestic violence 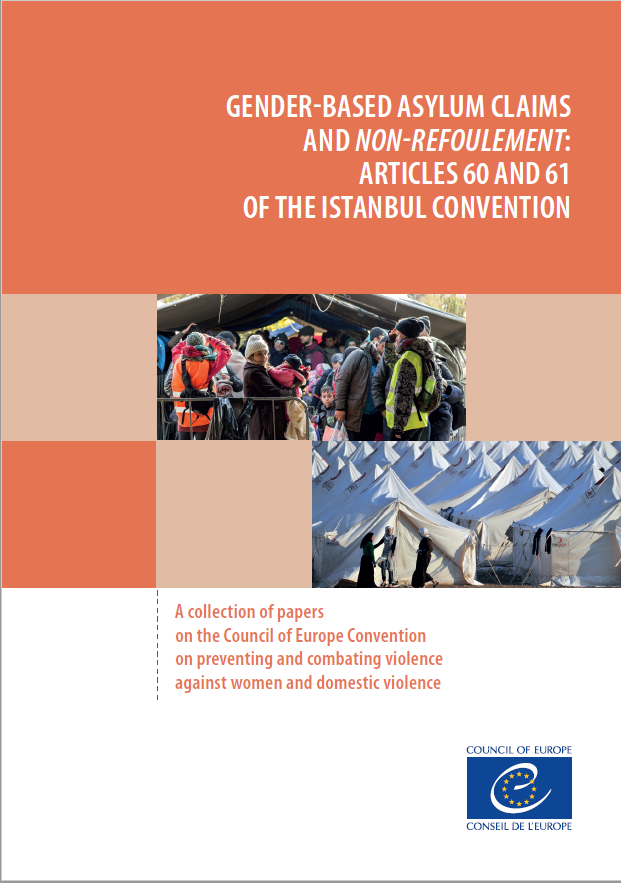 Gender-Based Asylum Claims and Non-Refoulement: Articles 60 and 61 of the İstanbul Convention A collection of papers on the Council of Europe Convention on preventing and combating violence against women and domestic violence

In their countries of origin, during their journey, in transit and destination countries, many refugee and asylum-seeking women and girls have been exposed to gender-based violence in the form of rape and other forms of sexual abuse and exploitation, harassment or domestic violence. Their protection from violence is not always considered a priority by receiving states. The gender dimension and protection needs of high numbers of refugees and asylum seekers have been largely overlooked and have left gaps in protection, thereby increasing risks for many women.1 As a tool to prevent and combat all forms of violence against women, including domestic violence, the Council of Europe Convention on Preventing and Combating Violence against Women and Domestic Violence (hereinafter the Istanbul Convention) contains provisions specific to asylum-seeking and refugee women. The purpose of this publication is to support the implementation of Articles 60 (Gender-based asylum claims) and 61 (Non-refoulement) of the Istanbul Convention. The aim is to assist policy makers, border and immigration officials and practitioners by providing them with practical advice. This includes definitions, information and examples of: gender-based violence that may be recognised as forms of persecution or other serious harm; how to ensure that a gender-sensitive interpretation is given to each of the convention grounds; what the requirements of gender-sensitive reception procedures are; gender-sensitive practice and procedures in respect of refugee status determination; and applications for other forms of international protection. It discusses the additional protection of the non-refoulement principle and concludes with a checklist which summarises the requirements of the provisions affecting asylum-seeking and refugee women in Articles 60 and 61 of the Istanbul Convention. As of 1 December 2019, a total of 34 Council of Europe member states have ratified the Istanbul Convention and 11 member states have signed but not ratified. The European Union (EU) has also signed. The Group of Experts on Action against Violence Against Women and Domestic Violence (GREVIO) have completed and published the baseline evaluation assessments in relation to Albania, Austria, Denmark, Finland, France, Monaco, Montenegro, Portugal, Sweden and Turkey. These examine the extent to which states parties comply with their convention obligations. Some of GREVIO’s findings are presented in the subsequent sections of this paper.