Criminalisation of gender-based violence against women in European states, including ICT-facilitated violence 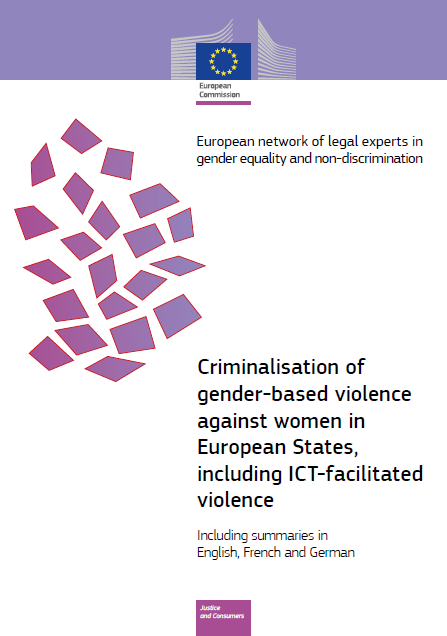 Criminalisation of gender-based violence against women in European states, including ICT-facilitated violence

The aim of this thematic report is to carry out a comparative analysis of the criminal law provisions that are applied to gender-based violence against women, including domestic violence and online violence, at national level in Europe. It explores whether GBVAW is defined as a form of discrimination or a violation of the principle of equality. It identifies and defines ICT-facilitated violence and takes as examples two forms: non-consensual dissemination of intimate/private/sexual images, and hate speech based on gender. It also examines general aspects of enforcement and sanctioning that are particularly salient in the context of combating gender-based violence against women and domestic violence. The report examines 31 jurisdictions: the member states of the European Economic Area (EEA), that is, the 27 European Union Member States (EU-27) in addition to Iceland, Liechtenstein and Norway, and the United Kingdom. Unless otherwise indicated, the report refers to the all jurisdictions under study as a totality. The report draws from the replies of 31 national experts on gender equality of the European network of legal experts in gender equality and non-discrimination (EELN) to a detailed questionnaire containing 12 sets of thematic questions.