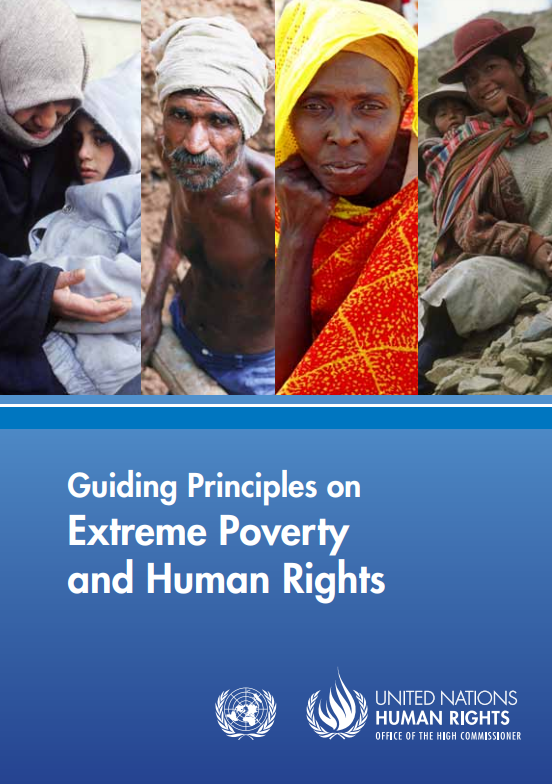 People living in extreme poverty are often neglected or overlooked by politicians, service providers and policy-makers due to their lack of political voice, financial and social capital and their chronic social exclusion. They are disproportionately affected by many human rights violations. Discrimination against people living in poverty is widespread and widely tolerated. The Guiding Principles on Extreme Poverty and Human Rights are the first global policy guidelines focused specifically on the human rights of people living in poverty. They are intended for use by governments to ensure that public policies, including poverty eradication efforts, reach the poorest members of society, respect and uphold their rights, and take into account the significant social, cultural, economic and structural obstacles to human rights enjoyment faced by persons living in poverty. The Human Rights Council adopted the Guiding Principles on Extreme Poverty and Human Rights by consensus through its resolution 21/11, in September 2012. The development of the Guiding Principles was initiated by the former Commission on Human Rights in 2001, and their content was discussed and refined over more than a decade of consultations with States, civil society organisations, United Nations agencies and communities living in poverty. The final draft was prepared by the United Nations Special Rapporteur on extreme poverty and human rights, Magdalena Sepúlveda Carmona, and presented in her report to the Human Rights Council’s 21st session (A/HRC/21/39).