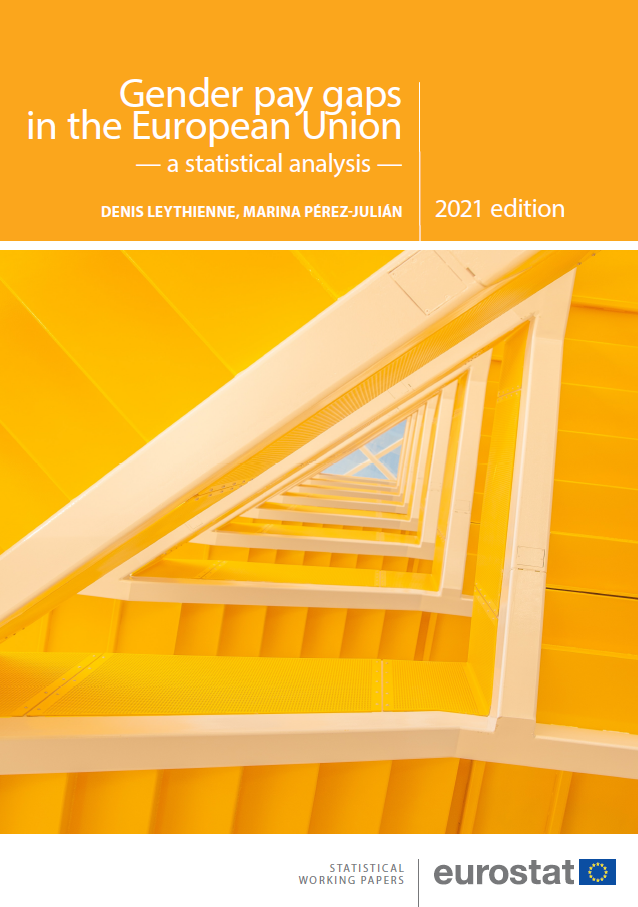 This publication analyses gender pay gaps in the European Union from a statistical perspective. In the first part of the study, we present the data source, the methodology and statistical software used by Eurostat to decompose the unadjusted gender pay gap as well as the results of this decomposition. Indeed, the unadjusted gender pay gap may result from (1) possible differences in pay between men and women, for ‘equal work or work of equal value’, but also from (2) differences in the average characteristics of men and women in the labour market and (3) different financial returns between men and women for a given characteristic. To measure the latter two effects, we have applied the statistical method known as the Blinder-Oaxaca decomposition on the microdata collected through the Structure of Earnings Survey 2018. In the second part of the analysis, we extend the scope to the whole population of men and women of working age. We measure differences in their average expected earnings and analyse the respective contributions of gender gaps in employment rates, in the number of hours worked and in hourly earnings (the unadjusted gender pay gap). We hope that this publication will help data users and policy makers to better interpret gender pay gaps in the European Union.