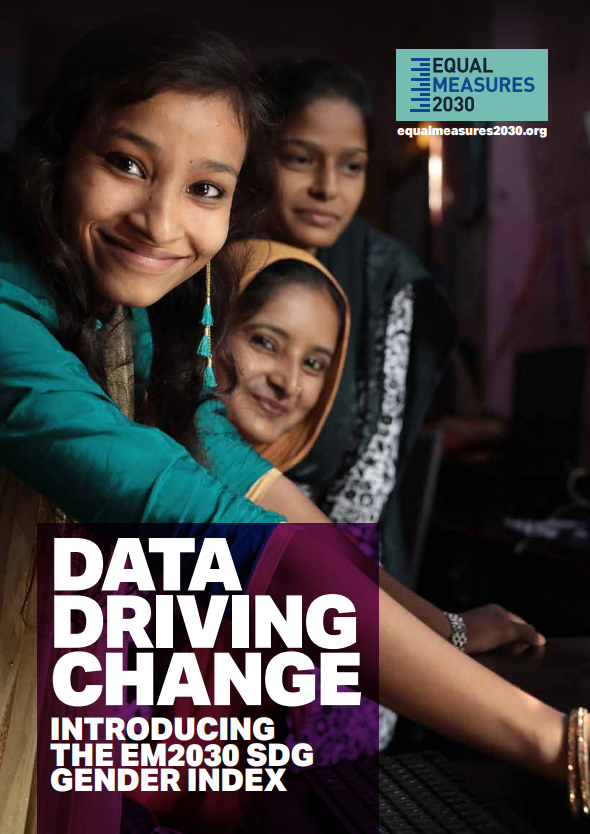 In 2015, 193 countries – every member state of the United Nations (UN) – pledged to end gender inequality by 2030 when they signed up to the Sustainable Development Goals (SDGs). This global ambition must now be matched by action. And action demands robust data and evidence. Data and evidence can drive accountability on gender equality issues. This is particularly true when data are in the hands of – and used effectively by – girls’ and women’s movements and advocates, backed by champions from government, business, the media, religious communities and others who have the power to make a difference. Data – especially about the lived realities of girls and women, about what is working and where we’re falling behind – have the power to hold governments accountable, to shine a light on hidden issues, and to change laws, policies and budget decisions. If we want to galvanize political will and policy attention that translate into positive change for girls and women, we need data as one of the tools to ensure that gender equality moves up the policy and political agenda. Equal Measures 2030 (EM2030) aims for global gender equality, backed by robust data – a world where every girl and woman counts and is counted. This unique partnership, led by civil society and the private sector, connects data and evidence with advocacy and action. We aim to ensure that girls’ and women’s movements, advocates and decision makers have the rich data they need, when they need them, and in a form they can use to drive progress on gender equality. EM2030 believes that the urgency of this issue cannot be over-stated. And according to our recent survey of gender equality advocates, nine in ten (89 per cent) agree with us that a breakthrough in SDG progress on helping the most disadvantaged girls and women will not be possible without relevant data.1 Almost half (49 per cent) of advocates feel that gender equality has neither improved nor worsened, but has instead remained static for the past five years. Those on the front-line in the fight for gender equality are worried about stagnating progress, and believe that there is a long way to go before we see the transformational advances needed to achieve the SDGs. In this, our latest major report, EM2030 introduces a new tool – the SDG Gender Index – to tell the story of progress for girls and women and to measure whether the world is on track to achieve gender equality by 2030. The pilot Index responds to the urgent need for data on gender equality, given their critical role in progress towards the goals. This report unpacks the SDG Gender Index to demonstrate its use for cross-country comparisons and in-depth analysis, and for the review of gender equality across the SDGs. It also identifies a range of ‘missing’ issues that are not sufficiently reflected in the current stock of global data: issues that are, nevertheless, of critical importance for girls and women. This pilot iteration of the Index provides a solid basis for the further development of data tools for gender equality and the expansion of country coverage in 2019.